7:47 AM
Prathima P
Sri Rama Navami is a Hindu festival celebrated throughout India. This festival is the celebration of the Birth Day of Lord Rama, the seventh incarnation of Lord Vishnu, who was born for the destruction of the demon king Ravana.  Sri Rama Navami occurs at the beginning of summer when the sun has started moving nearer to the northern hemisphere. The Sun is considered to be the progenitor of Rama's dynasty. It falls on the ninth day of of Shukla Paksha in the month of Chaitra, which is during March-April. This year it falls on 24th of march 2010 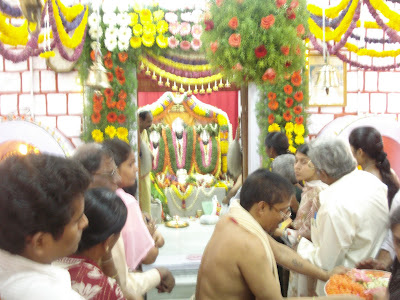 On this auspicious day, devotees observe fasting, chanting Vedic mantras dedicated to Lord Vishnu, and offering flowers and fruit to God. Temples of Rama are decorated, special pujas are performed, and religious discourses (Satsang) are held.

From early in the morning till late at night, the devotional music and chants of Rama are played. Numerous organizations celebrate Ramotsava inviting musicians to perform week-long programmes. It is believed that listening to the story of Rama cleanses the soul.

The special dish prepared for this festival is called Vada Pappu and Panakam, a mixture of new jaggery, cardamoms, black pepper powder and water. In some areas, panakam is prepared with jaggery, water and butter milk. On this occasion, in temples panakam is served as prasadam. 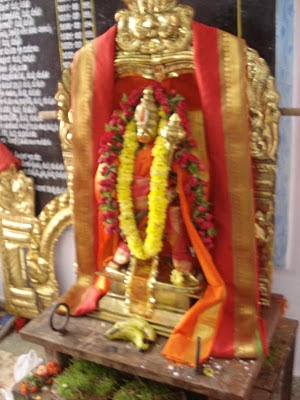 In Andhra Pradesh of South India, Sri Rama Navami festival is celebrated with great religious fervour and devotion, in the abode of Sitarama Temple at Bhadrachalam of Khammam District, as "Sree Sitarama Kalyana Mahotsav". This celebration at Bhadrachalam attracts as many as three lakhs of devotees every year. It is celebrated as the wedding ceremony between Lord Rama and Sita, as a role play where every aspect of human feelings is covered. This celebration has been in practice around 400 years, started during the reign of Nizams, and still it is continued in all its glory.

Besides the usual fasting and prayers, a most delightful tradition that is practised as a part of the Ram
Navami celebrations in south India is the narration of stories from the epic "Ramayana". Rama is considered as the epitome of perfection, fulfilling all his duties towards both family and subjects. Talented storytellers are known to narrate episodes of the Ramayana with the local flavour and humour adding to it. This is essentially a folk tradition and still continues in villages and small towns.